New Zealandâ€™s hot summer of cricket is just coming into full swing and for the Stadium Motel of Hamilton that means exciting times are ahead.Â 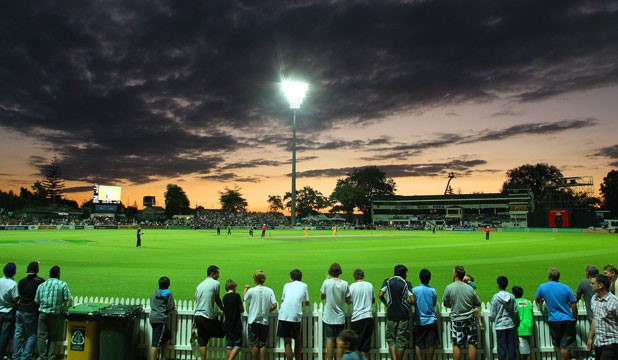 The Stadium Motel is one of the closest motels to Hamiltonâ€™s picturesque cricket ground Seddon Park, and is looking forward to guests being able to walk along to the ground and watch the live action before retiring to the comfort of the motel in the evening.

Stadium Motel co-owner Brian Stokes says having Seddon Park so close to the Stadium Motel is perfect for his accommodation business. â€œIâ€™m a huge fan of sport and being in an area with cricket so close is a dream. We love our customers being able to walk down to the park and watch the games.â€

In terms of this summer, there are a number of fixtures for fans to look forward to later this year. The local Northern Knights team, or simply the Knights for Twenty20 matches, have a number of games over the Christmas and New Year period, on December 23 and 30.

Brian Stokes is a big fan of local cricket too, saying â€œThe Knights team is always good to watch. Fans who get along to the games are always happy and satisfied. It is an experience not to be missed.â€ Headed into January there are a few one-day clashes that will be played as well, on the January 18 and 22, meaning for those staying at Stadium Motel a short walk to the internationally-recognised cricket ground will make for an entertaining day or night of action.

It has often been said that there is no better atmosphere than the banks of Seddon Park during a Blackcaps match. For fans of the team, there are three fixtures to look forward to this summer. The first is a sure to be a classic against our rivals across the Tasman, Australia, on February 5. Following this are two fixtures, one a ODI and one a Test against South Africa, being played on February 19 and 25. Brian says â€œwatching the Blackcaps at Seddon is something I always look forward to and being able to give others that opportunity is fantastic.â€

Seddon Park was named after Prime-Minister Richard Seddon, and was opened in the 1950s. Following a merger with Westpac and Trustbank the park underwent a few name changes, from Trustbank Park to Westpac Trust Park, before becoming Seddon Park once again in 2006. The ground gained test status in 1990 and underwent major renovations in the 2005/06 season to comply with the requirements of international cricket. Whatâ€™s more, this beautiful park is only 10 minute walk from Stadium Motel.

Book with Stadium Motel in Hamilton today to secure the best available accommodation for the upcoming summer of cricket. Contact Stadium Motel: