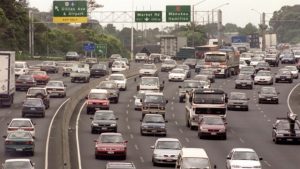 There are several big events happening in Auckland over the next few months for attendees to go to. However, Auckland may not be the best place to stay for these events with the costs of staying in Auckland and traffic after events making navigation difficult. The best alternative is to stay in Hamilton with Stadium Motel.

The cost of staying in Auckland could be set to rise even further with the proposed rates bill for accommodation owners. With this proposed change, hoteliers will have no choice but to raise their prices meaning those traveling from out of Auckland for events will be faced with a predicament.

â€œThere is no doubt that staying in Auckland is growing dearer. The time spent navigating through traffic can mean those attending events are very late back to their own accommodation in the cityâ€ says Stadium Motel owner Dean & Carol.

Stadium Motel of Hamilton has the answer for those who are stuck in the Auckland dilemma. Staying with Stadium Motel means that Auckland is a manageable drive home and the costs of accommodation are significantly lower than those in Auckland. After attending an event in Auckland, attendees can enjoy a smooth ride home through significantly less congested traffic and arrive back to enjoy a good night of rest.

An example of how accommodation prices in Auckland can fluctuate can be seen in the much-hyped Adele concert. With the popularity of events being high, prices change and make staying in Auckland costly. According to an article on stuff.co.nz, rooms are â€œselling up fast, and remaining rooms priced upwards of $600 a night.â€Â Because of this, fans are now choosing to stay in Hamilton, which is a trend expected to continue for big events in Auckland.

With huge events coming up at Vector Arena like the Santana and Doobie Brothers concert on April 18, Joseph Parker vs Hughie Fury fight on May 6 and Green Day concerts on May 13 and 14, the time is now to stay in Hamilton and enjoy the comfort of Stadium Motel before and after an event in Auckland. Stadium Motel has rates which are more than affordable and when compared to the prices of Auckland accommodation providers make the stay in Hamilton worthwhile.

â€œWe invite all those who are wanting to head to Auckland for an event to stay with us. We believe our accommodation is better, at more affordable prices. The drive home is along roads with much less traffic as well which is always relaxing after an eventâ€ says Brian.

Stadium Motel is based in a centralised location within Hamilton while still having the quiet and relaxing nature of not being on a busy street. The team welcome all those staying for events in Auckland to get in contact today. Head to www.stadiummotel.co.nz and book directly for the best rates possible.